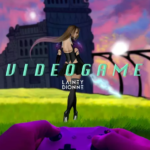 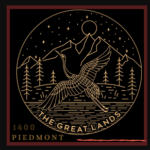 Bringing flute together with guitar, a light touch on vocals, and intelligent lyrics is a reliable recipe for critical respect. There’s little doubt that Blonde & Grey’s debut album Face the Music will corral scores of good reviews for singer/flutist Kathy Olsen and singer/songwriter/guitarist Neil Friend. Its plethora of poignant melodies will also exert some commercial appeal, but it isn’t what these songs are about.

The pair rip material from the pages of life. Songs such as “Face the Music”, a great album opener, “Mud Mills Road”, and “This Is Real” vividly illustrate the duo’s preference for universally resonant material rather than autobiographical obscurities tailored for small audiences. The song thread Olsen’s flute playing into the arrangements as a lead instrument, every bit the equal of the guitar, yet always controlled and brimming with invention.

Many listeners will notice Friend’s skill for writing melodies, but the choruses deserve notice too. Some are better than others, but each of Face the Music’s thirteen cuts demonstrates Blonde & Grey’s complete understanding that these moments are what often “sell” your song. “This Is Real” and “Face the Music” provides listeners with two of the album’s best refrains. An important part of the reason why the best of them stick out is thanks to the duo making sure there aren’t two of them that sound alike. Variety is the spice of life, as they say.

“Settle With Yourself” is hands down, the best lyric on the album. The hushed disdain in their phrasing is compelling and sharing vocals doesn’t dilute the writing’s power. It’s a perfect marriage of words and accompaniment. Olsen’s flute playing excels here too. “Settle With Yourself” gains an added meditative edge from her contributions. “Informalities” may sound like filler to some, it’s certainly more overtly playful than the preceding songs, but there’s more going on. Attentive listeners may rate this among the better lyrics on the album but, if nothing else, its jaunty vibe will set it apart.

Seemingly off-handed adornments to songs often make simple compositions mean so much more. The penultimate track “Watch It All Disappear” shows that point as little things such as palm muting electric guitar strings for a stuttering effect makes an already fine song more rewarding. There’s an uplifting feeling to the way it unfolds that creates an effect far larger than anything its words are capable of. “Watch It All Disappear”, whatever listeners may think of its sentiments and message, strikes an ultimately affirmative note.

“Minute by Minute” has great energy. It’s impressive that Blonde and Grey can take what are, for the most part, small-scale songs and flesh them out at will with minimal and tasteful flourishes. They orchestrate such tracks, however, and “Minute by Minute” is no exception. It is a perfect ending for Blonde & Grey’s Face the Music as it takes the album’s best attributes and reframes them a final time for their audience. Sometimes greatness emerges from unexpected places and that’s happened again with this lively and intensely musical duo. 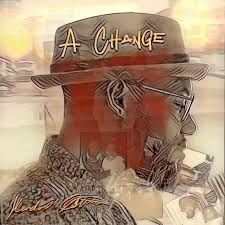