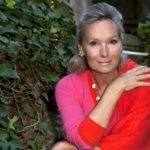 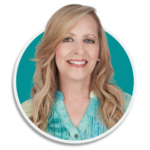 It’s a new chapter in the history of romantic pop music, and singer/songwriters like Morten Nygaard are composing it by hand. Nygaard isn’t a part of any specific movement in his scene but is instead reaching out to the audience from a truly independent place in his new single “Tomorrow Never Comes,” making his among the true alternatives to mainstream indulgence on record store shelves everywhere. Absent are commercial elements that often adorn pop’s up and coming star singles; in their place, harmonies that are tethered to the lyrics as well as the beats this player turns into an extension of his own heart.

Critics and casual listeners alike should be able to agree when it comes to the emotional intensity of this single, mainly in regards to the way Nygaard belts out his lyrics no matter how big a backdrop he’s working with here. “Tomorrow Never Comes” is a song about vulnerability and even self-doubt, depending on how you break down the central narrative in the verses, but it’s consistently an encouraging tune because of its singer’s tremendous passion. He isn’t afraid to give us the whole nine yards at the mic, and that’s essential to the appeal of this track.

Even had he wanted a little fluff in the master mix, I don’t think Nygaard had any room to invite synthesized elements into this single. There’s just so much coming from the instrumental pulse of this song to begin with, and trying to buffer the beat or even just the hook with anything virtuosic likely would have made the climax sound muddied. Sometimes less is more, and this is a scenario where it definitely makes sense to have gone with a barebones concept rather than exploring something heavier and potentially under-exploitive of this artist’s immense set of talents.

Contrast is undeniably a key part of Marten Nygaard’s compositional modus operandi, but he’s not overstating it in any part of this single. I actually would like to hear him play a straight, upbeat pop track just to see how he would manage the balance between his voice and the instrumentation, mostly because he makes it sound all too easy in this balladic performance. There’s a lot more I want to get to know about him, but I would be lying right now if I said that “Tomorrow Never Comes” didn’t read like a full package single ready to win over a complete audience all by itself.

I just found out about Morten Nygaard through the buzz he’s been getting in the European underground this winter, but I think it’s rather obvious he’s going for bigger and better things than most of the singer/songwriters he’s competing with on the Danish circuit. A full-length studio album will be a better exposé for his artistry, but if this song is giving us a fair depiction of who he is as a performer, there should be no doubt that Nygaard is going to become a fixture on the international level in the months and years to come.